No products in your shopping cart yet. 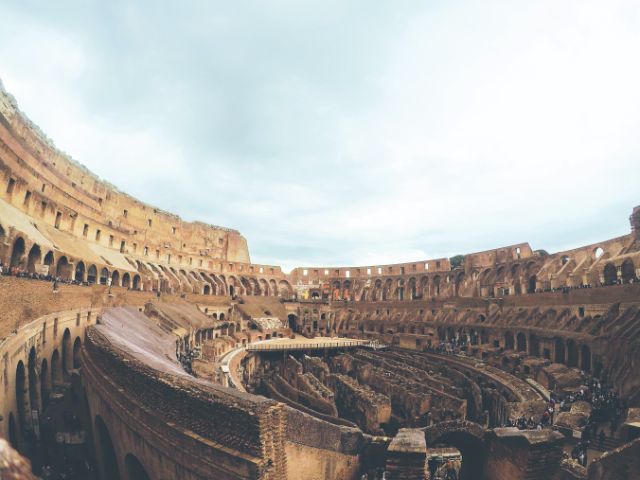 The Roman era and its coinage

Everyone has their own image of the Roman Empire. Perhaps known to you for the still existing aqueducts, the gladiators in the arena, the films about the Romans with their emperors, the weapons and armor or perhaps the big trade? But where did it all actually start?

1. The origin of the Roman Empire.

Everything known about Roman times must be interpreted with great caution because it is in part myths and legends that have been conveyed. The legend of how it all started goes:
The city of Rome is said to have been founded by Romulus and Remus around the year 754 BC. These two brothers are said to have been descendants of the Trojan hero Aeneas. A man named Amulius is said to have ordered the two brothers killed immediately after their birth to stop the offspring of Numitor, they were never meant to be born. Soldiers, however, who were given this order could not afford it and they put the babies in a basket in the river Tiber. After the basket was stranded on the side, the babies were suckled by a she-wolf and found by a shepherd, the legend goes. They grew up and built a city on the River Tiber. After a lack of clarity about who would be the leader, a quarrel arose, a quarrel with a bloody ending. Remus killed Romulus's brother and then named the city after his brother: Romulus, or Rome.

The Roman Empire began with Emperor Augustus. Before that, Julius Caesar ruled from which the word emperor originally comes from. (The C was originally pronounced as K by the Romans and ae as ai). When Julius Caesar was murdered in 44 BC a civil war broke out which ended when Augustus became 'princeps' of Rome in 27 BC.
This was followed by a large number of rulers in which there were 5 'good emperors' with great administrators. The Roman Empire was ruled during these years by the 'five good emperors', named: Nerva, Trajanus, Hadrian, Antoninus Pius, and Marcus Aurelius 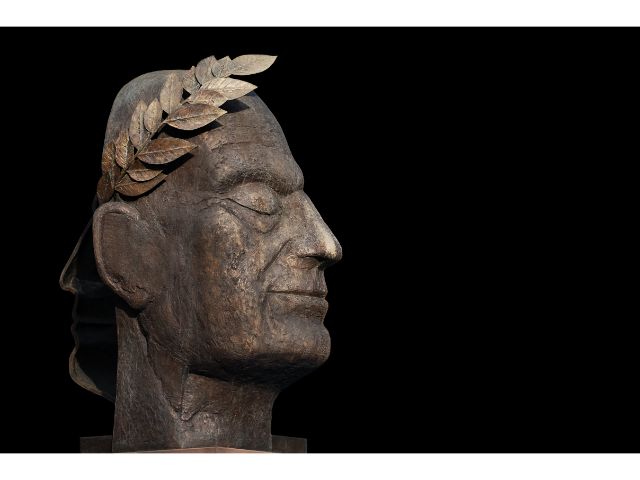 The period between 96 and 180 AD. was a golden age for Rome. The Empire was stable with a relatively large amount of peace - by Roman standard of course - and prosperity flourished.

Furthermore, a well-known emperor is Constantine the Great who is best known as the first Roman emperor who is said to have espoused Christianity. He had a vision before a major battle of a shining cross began. He had this applied to all his soldiers' shields and defeated the enemy. This was a high point for the Christians as they were no longer persecuted.

Did you know that the first Roman coins date back to the years 310-300 BC? And regular coinage in silver and bronze has only really been around since about 270 BC. Those first coins consist of two distinctly different series. On the one hand, the minted silver didrachms and bronze coins, which are inspired by the Greek. They mainly circulated in southern Italy, but their precise economic role is unclear. On the other hand, cast bronze bars of about 1500 g (aes signatum) and cast bronze coins (aes grave) were issued. They circulated in the immediate vicinity of Rome.
The silver didrachms were minted until the end of the 3rd century BC. Front and reverse images changed regularly (Mars / horse head, Hercules / she-wolf, double head of the Dioscures / four-in-hand); the reverse always says ROMANO and later ROMA.

During the Second Punic War (218-201), the great war against Carthage, the Roman coinage system was thoroughly reformed. On the one hand, after repeated weight reductions, the bronze coins were no longer cast, but now minted, and on the other hand the silver money, conceived after the Greek example, was replaced in ca. 212 by a new silver coin, the denarius. The most commonly used denominations and their value marks are the following:

Approx. In 141 the denarius value was brought to 16 axis and the value sign changed to XVI. In addition to this silver coin, it was also used until about 170 BC. the silver victoriatus, named after the Victoria on the reverse, is minted. This denomination, with three quarters of the weight of the denarius, was used for payments in southern Italy and Sicily and had a lower silver content (approx. 80% instead of 95%) in order to match the current drachma. Gold coins were minted only exceptionally during the republic. The golden aureus was only minted in great numbers under Julius Caesar (46-44 BC). The face of the denarius, the most important coin in the coinage system, originally depicted the helmeted head of Roma and the Dioscuren on horseback on the coin side. Since the end of the 2nd century BC, the influence of the mint masters (the tresviri auro argento aere flando feriundo) on coin representations has grown and we find mythical or historical scenes relating to their family history. For a long time, the bronze ash bore the Janus portrait on the obverse and a ship's bow on the coin side. The portrait of a living statesman first appeared on the coins under Julius Caesar.
View our offer "Roman coins";
www.david-coin.com/webshop/roman-coin 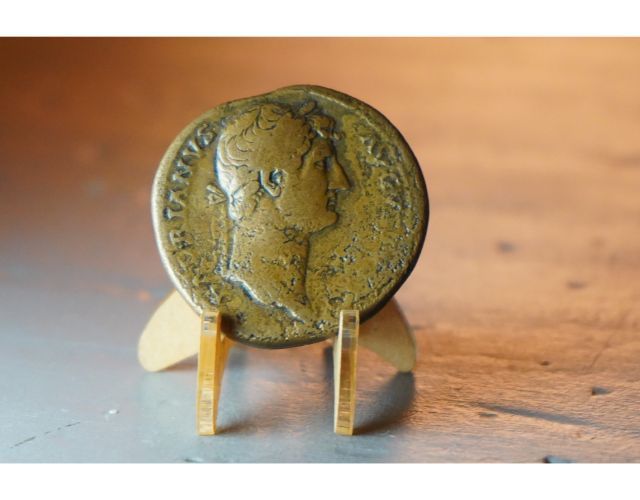 All in all, we have now learned some little things about the Romans; how the legend sounds of Romulus and Remus, how we get the word emperor, when the roman coins came into play and what they looked like. Roman coinage has had a tremendous impact on the currency and monetary system that we have today. Just look at a euro coin or a guilder, there often also was a head of state on one side and an image on the other. What would it have been like if the Romans hadn't made coins? What would it be like if we didn't use coins today? What then could we use as a medium of exchange?

William III and his coinage

Because Willem III's father liked to be in Brussels, William III would be born in Brussels in 1817. At the French-speaking court where William III grew up, he would mainly be called Guillaume. Guillaume's full name was Willem Alexander Paul Frederik Lodewijk. The Alexander and Paul he is named after were his Uncle Alexander I of Russia and his Grandpa Paul I of Russia respectively; both Tsars of the Russians. The rest of the names had been popular in the Orange and Nassau genera for centuries.

Willem II and his coinage

At the Dutch court mainly French was spoken. It was the neat language to distinguish yourself from the mob. It is therefore not surprising that Willem had a French-language version as his nickname: Guillot. As a boy of two, he had to flee with his family from the land of which he would later be king; to Berlin in Prussia. There Guillot would grow up at the Prussian court and start at the military academy at the age of eleven.

William I and his coinage

Contrary to what you might expect, King Willem I is not the first king of the Netherlands. That was Louis Napoleon. This younger brother of Napoleon Bonaparte was crowned king of Holland by the dictator pur sang. Lodewijk Napoleon had yet to win the heart of the Dutch. After centuries of being a republic, they suddenly became a monarchy. 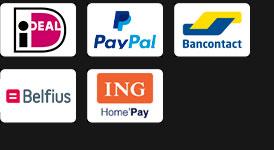 Sign up for the newsletter and stay informed of new collections and offers.